Mission Possible Investigation, LLC is a full service private investigative firm licensed in Anchorage, Alaska. MPI formed in 2007 has offices in NY, AR 2010 and AK in 2021. Experts in child custody, surveillance and infidelity investigations. We believe in quality over quantity and every case we take on is important to us. Mission Possible Investigations is able to blend into almost any environment and collect information discreetly so that we can bring your case to a successful conclusion. Investigators at our office track and locate individuals as well as testify on your court cases if necessary. References are available on request as we are former honorably discharged US Marines and Veterans.

Child Custody investigations in Anchorage, AK include general surveillance and monitoring individual’s activities and movements. Investigators collect information for trial purposes. We investigate abuse, neglect, including supervision issues, domestic violence issues, drug use and more. Child support investigations can prove whether an individual is working under the table or hiding money.

Many individuals have concerned about the custody of their children and what happens during custodial visits. If you are seeking more information and looking to make a change to custody arrangements, child custody surveillance is probably the way to go. Mission Possible Investigations houses a specially trained child abuse and neglect investigator with over 15 years in the child welfare field. Having worked side by side with law enforcement, prosecutors and child protective services, we know the system for all its strengths and its weakness because we were the system. Private investigators at Mission Possible Investigations routinely take child custody investigations.

Put our expertise and experience to work for you. Private investigators at Mission Possible Investigations can review past case documentation, conduct surveillance, complete background and criminal record checks, find and obtain witness interviews, consult with law enforcement and other providers and make case recommendations. Private investigators at Mission Possible Investigations are also able to testify to their findings in both family and criminal court.

Protect your children, protect yourself.
Cheating investigations in Anchorage, AK include surveillance and monitoring activities and movement. Investigators obtain photographs and or video and collect information that can be used for court purposes.
Cohabitation investigations in Anchorage, AK include surveillance and providing evidence that can show the ex is living with and involved in a relationship with another individual. Many times information like this can be used to reduce alimony if the individual has broken order or an agreement.
General surveillance can include monitoring employees for theft or for other legal business and personal matters.
Call for a free confidential consultation today! MPI is licensed, bonded and insured.

(Names and some details have been changed to ensure confidentiality) 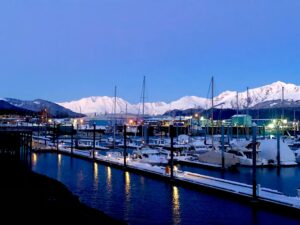 At close to 30 years old Ellen had two children and a standard custody arrangement with her ex-husband. He had their son (age 6) and daughter (age 4) every other weekend and a few weeks in the summer. Recently Ellen had become concerned. The children came back from their visits dirty, hungry and very irritable. They hadn’t been bathed and when asked the kids told her they spent little time with their father, often didn’t have regular meals and sometimes had babysitters.
Ellen had tried talking to her ex multiple times about what was happening but he just shut her down. With each visit the kids became more and more upset to the point of not wanting to go at all. Ellen knew her ex-husband once had a severe drinking problem and was known to hang out with some shady people, who she did not want around her children. But she thought all of that was in the past. Her ex had seemed to have cleaned up his act. Now though Ellen was becoming worried.
She called Mission Possible Investigations thinking she’d like some surveillance during the weekend visitation. After her free confidential consultation it was decided that surveillance was a good approach. Ellen provided as many details as she could – the address of her ex’s home, dates and times of the visitation including the drop off times as well as other friends, family and associates known to her ex.
A few weekends of surveillance yielded a good deal of information as well as photo and video evidence. It was discovered that soon after the children’s drop-off on Friday, the father would leave the children with a babysitter and head down to the local bar. This would continue throughout the weekend with multiple people staying with the children. The father sometimes had large groups of people in his home and other times would stay at the bar drinking well into the early hours of the morning. Some background information on the people in and out of the home with the children gave a clear picture of people with criminal histories for DWI, drug arrests and assault charges.
Once Ellen sat down with Jamie to detail the evidence, Ellen decided to retain an attorney and take her ex-husband back into court. Jamie was able to speak directly to Ellen’s lawyer and turn over the written report as well as photographic evidence. In addition, Jamie testified in court on the evidence he found and collected as well as his first-hand observations in the field. The result was a change in the family court arranged custody agreement. The father would have to have supervised visitations and court-mandated alcohol treatment along with provisions about who could and could not be around the children during his visitation.

The case had a good outcome based on the information and evidence gathered by Mission Possible Investigations working in collaboration with Ellen and her attorney.

Call today for a free confidential consultation with a licensed Private Investigator at 518-708-1219 or email us at [email protected].